A list of Android 12L eligible devices is continuously updated, so the latest device models are always available. This article provides a brief rundown on each phone and its specifications to help you decide which one will be your next smartphone.

Android 12L is a new version of Android 12 introduced by Google. This new version is designed primarily for large-screen phones, such as tablets, foldable phones, and even some bigger phones. It will include the majority of Android 12’s functionality, but with certain parts customized. Android 12L will be available on a variety of platforms. The following is a list of Android 12L devices that are supported.

Smartphones and gadgets with huge displays are becoming commonplace, and devices of all shapes and sizes are improving. However, most of these devices required a bespoke operating system. And with the launch of Android 12L, Google has made a fantastic step. Users will be able to enjoy all of the advantages of a bigger display as a result of this.

Android 12L will be released early next year, and it is presently available in developer preview for testing. For Android 12 to run even better on wide displays, a number of adjustments and enhancements have been made.

The user interface will be similar to Android 12, but applications, settings, and components, such as the two-column layout for Quick Settings and Notifications, will be more customizable. Lock Screen uses a two-column layout to display alerts and other options.

Of course, the usage of multitasking has been optimized for big displays. Google has introduced a taskbar to Android 12L to make multitasking more powerful and simple. You can easily open apps in the multitasking view by dragging and dropping them from the taskbar. Yes, gestures are supported by the Taskbar for convenient control.

Many more applications have also been made to work on huge displays. Even for developers, Android 12L brings a slew of new features, including fit-to-screen media projection, compatibility mode verification, split-screen testing, and more.

Google is the source of this information.

As you may know, Android 12L is designed for smartphones with big screens. Tablets, Chromebooks, foldable phones, and even certain large-screen phones are among these products. Obviously, the update will not be available for all foldables or tablets. So you must be eager to learn whether or not your smartphone will get Android 12L. Although Google has not made the official list public, they are working with other OEMs to make it available on their tablets and foldable phones. For the time being, two devices have been verified, which you can see below.

Pixel phones, like tablets and foldable phones, are compatible with Android 12L. Beginning in December 2021, Pixel phones will get Android 12L Beta. The Pixel phones that are eligible are listed below.

Starting in Q1 2022, tablets and foldables that are qualified for Android 12 will get Android 12L. 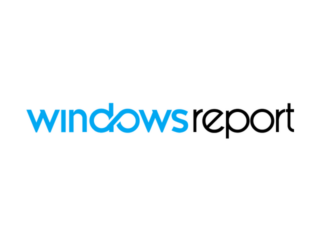 Which Icon Cards are the best?