The two-core CPU is a popular and affordable solution today. As new technology has progressed, however, more cores have been released with the most recent being Quad Core CPUs. This article explains some of the benefits of upgrading to a quad core so you can decide if it’s worth your time or not!

The “dual core vs quad core vs hexa core” is an ongoing debate. The debate typically centers around the number of cores, which are the most important when it comes to performance.

The majority of today’s CPUs include several CPU cores. The number fluctuates, though, and may be rather large at times. In this tutorial, you’ll learn which processor is best for your application and how the number of CPU cores (Dual (2), Quad (4), or Octa (8) cores affects performance.

We also show you how to access information about your current processor and how to assign each core to a certain task.

What effect does the number of cores have on the processor’s performance?

Because a processor’s clock frequency cannot be raised arbitrarily owing to heat development, CPU makers have been pushed to build multi-core CPUs since 2005. Since then, many cores have been combined onto a single chip, and single-core solutions have essentially been phased out of the market.

Because numerous processing cores are housed on a single chip, arithmetic processes may be divided among them. Computers with many CPU cores are generally speedier and have fewer overheating issues.

The number of cores, on the other hand, is not a reliable sign of a good CPU. As a result, it’s feasible that a dual-core CPU will perform better than a quad-core processor. The CPU architecture is important in addition to the number of cores and the clock frequency, which is measured in gigahertz (GHz). Understanding these characteristics requires a thorough understanding of how a processor operates.

These processes are difficult for laypeople to comprehend due to their intricacy. Finding the correct processor, on the other hand, does not need a high level of skill. The performance and application area of the processor should be your primary considerations when selecting the proper CPU.

These processor types are often available for selection:

In today’s computers, single and two core CPUs are becoming more uncommon. The purchase of such a CPU is not advised, especially for more sophisticated applications. A two core CPU, on the other hand, is adequate for basic office tasks.

Quad-core CPUs have become significantly more prevalent in recent years. They’re an excellent balance of affordability and performance, and they typically include everything a typical user needs. Many apps and games are limited to using just four cores. However, this is merely the present state of the art, so you should absolutely invest in a Hexa or Octa Core to prepare for the future. Users who have many programs open at the same time will benefit from multiple CPU cores. Even if you perform a lot of video or sound editing, a system with more than four cores is a smart choice.

Intel and AMD, two industry titans, have recently launched CPUs with more than 8 cores. These are the most advanced CPUs available today. Their cost, on the other hand, is likewise considerable. As a result, you should hold off on purchasing such a processor for a time.

It’s basically a question of personal preference whether you choose with an Intel or AMD processor. In recent years, AMD has caught up to its opponent Intel. In terms of performance, both manufacturers are nearly equivalent. Comparable Intel CPUs, on the other hand, are often significantly more costly than AMD CPUs.

What is the best way to compare CPUs?

Because comparing CPUs with a peek at the data sheet is difficult, you should utilize benchmark tests, just as you would with graphics cards. In these tests, the hardware’s performance is measured in points. The better the CPU in the PC, the higher the score.

For gamers, the Only4gamers processor rating is very interesting. Without having to deal with the architecture of the CPUs, the various processors may be compared here. In this scenario, it is the performance that matters. The findings of benchmarking may be used to game performance.

PC components, including CPUs, in a well-balanced combination

Purchasing a good processor on its own is ineffective. In addition to the CPU, you’ll need a good mainboard and a capable graphics card if you’re utilizing advanced software. Despite the fact that the CPU is the heart of the PC, outdated hardware components might impede it from reaching its full potential. Hard disk drives (HDDs) are a typical vulnerability of older systems. If your operating system is installed on such a hard drive, it is worthwhile to upgrade to an SSD, which significantly reduces reaction time.

Before purchasing a new processor, double-check that it will fit on the mainboard or in its socket. It is possible that the new CPU will not work with older sockets, especially with older sockets. You must also use a modern operating system with newer CPUs. Microsoft does not support new CPU types in previous Windows versions such as 8.1 or 7. This implies you may not be able to take use of the new hardware’s full potential. As a result, Windows 10 is suggested for the next CPU generation.

You may also get additional performance out of ancient CPUs by overclocking them. However, you should keep an eye on whether your CPU fan is still capable of preventing overheating. Without installing a new CPU cooler, a minor increase in clock frequency is typically achievable.

What is the best way to figure out how many cores my processor/computer has?

Under Windows 10, the quickest method to find out your CPU is to go to Settings > System > Info > Processor. You may also use the search box to look for “PC Info.” Under the given device specs, the particular CPU type is also provided.

This, however, does not reveal the number of cores in your CPU. This is visible in Windows 10’s task manager under the “Performance” tab. You may also use the search bar to access the “Command Prompt” (“cmd”). The number of physical cores is shown under “NumberofCores” if you type “wmic cpu get numberofcores,numberoflogicalprocessors” and confirm with Enter. The logical processors developed by Hyper-Threading are listed under “NumberOfLogicalProcessors.”

Programs may be assigned to individual CPU cores.

Individual CPU cores may also be assigned to apps in Windows. To do so, go to the task manager’s “Details” tab. You may “define the affiliation” by right-clicking on the respective software. This is important if computationally expensive programs cause other programs to slow down. Windows spreads computing jobs evenly across all cores by default. Limiting the utilization of cores is a good idea even for games that are built for fewer than the available cores.

Number of cores should be limited.

Windows may also be configured to only utilize a particular number of CPUs. To do so, access the “System Configuration” using the search feature. Select “Advanced Options…” from the “Start” menu. Then you may tell Windows how many cores it should utilize. When the system is rebooted, the modifications will take effect.

Laptop processor performance is limited by the power saving mode. Switch the “Power Saving Plan” (also available through the search bar) to “Maximum Power” if you need maximum CPU power.

With the newest Ryzen models, AMD has surpassed Intel in the desktop CPU market, but that doesn’t imply Intel is no longer relevant. CPUs are as powerful as ever, especially when it comes to gaming. However, the CPU manufacturer gets compensated handsomely for the superior performance. Our tests have yielded the finest and cheapest suggestions.

For years, Intel and AMD have been vying for supremacy in the desktop CPU industry. For years, Intel CPUs were unsurpassed. The CPU company, however, had to give up the cozy sunny site because to Ryzen. Now, the competition – also the number one – has three spots in the top five of the best list. It’s the same with enthusiast processors. However, the manufacturers are engaged in a never-ending war, and it is unclear if Intel will catch up and overcome AMD with the next generation.

Intel had abandoned the tick-tock development strategy with the sixth CPU generation, Skylake. The developer added an optimization process to the mix, in addition to new architecture and die-shrinkers. The seventh generation (Kaby Lake) CPUs have a clock acceleration as compared to their predecessors. Intel has raised the number of cores every model series from the eighth generation (Coffee Lake) – the flagship Core i9-9900K (Coffee Lake Refresh) now has 8 cores and 16 threads. The excellent i7-9700K has 8 cores as well, but no hyperthreading. Between CPUs of one generation, there is always a 10 percent performance gap.

This is sufficient to rank the chips at the top of their respective categories in our best list. In the consumer market, at least one Kaby-Lake CPU is required for Intel’s Optane SSDs, 2,400 MHz DDR4 memory, and hardware acceleration with the H.265 codec.

Intel is setting new clock records like clockwork, making it simple for overclockers to raise the bar. The Intel Core i9-9900K already clocks in at 5 GHz without any assistance. For gaming, single-core performance is still significant. However, this might change in the future. Multicore performance is increasingly leaving the professional user market, and it is infrequently seen as a bonus feature in games from major publishers. However, Intel is still a step ahead of the gaming business until this paradigm change is fully accepted.

When it comes to price-performance, it seems to be different. AMD’s similar machines in the high-class i9 and i7 divisions, as well as the mid-range i5s, are much less expensive. An AMD Ryzen R7 3700X with eight cores costs roughly the same as an i9-9700K with eight cores (rank 5). (rank 2).

What is a processor, exactly? Clearly stated

Each computer has a processor that sequentially executes the tasks allocated to it. This article discusses what a processor is and what duties it is responsible for in a computer.

The processor is the computer’s brain.

Because it runs in a regular beat, the CPU is the computer’s heart. The processor is sometimes known as the CPU in general (Central Processing Unit). The CPU is a central processing unit that is found in many electronic devices and is used to process instructions. Intel and AMD are two well-known CPU manufacturers.

Processor Tasks: What the CPU Does

Processors are responsible for certain tasks. The computer’s components must be managed and arithmetic operations must be done. Data is input, processed, and then output. Only binary code can be processed by the CPU. This signifies that the CPU can only deal with 0s and 1s. As a result, every digit or number must be encoded in binary code.

A CPU core’s performance is physically restricted and cannot be increased at will. As a result, the frequency of the clock cannot be raised indefinitely. Despite this, processors may be coupled without altering the clock frequency to improve performance.

The “celeron dual core vs quad core” is a question that many people have asked. It’s important to understand the difference between these two types of processors.

Is a quad core better than a dual-core?

A: A quad-core computer is generally more powerful than a dual-core one.

What is the difference between dual core processor and quad?

Is quad core or dual-core better for gaming?

A: Quad-core is better for gaming, while dual-core can be limited. 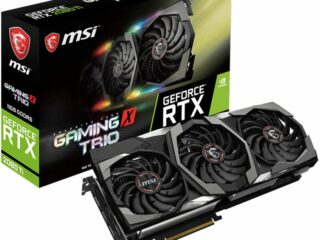