Taking screenshots on Android is a basic and important task that everyone has to do. It’s also something people forget about when they’re in the heat of the moment. This guide will show you how to take a screenshot on your phone, including all four methods.

Screenshots are an excellent method to record anything on your phone. It may be a bug or something odd you’ve seen online or in an app. You may save a screenshot for later use or even post it on social media after you’ve taken it. In Android 12, you may now capture screenshots in a variety of ways. Scrolling screenshots is a new feature in Android 12, which was previously only accessible via custom skins from other Android OEMs. To learn how to capture a screenshot on Android 12, continue reading.

Thanks to Android 12, rolling, scrolling, and lengthy snapshots are now officially supported. What advantages does capturing a rolling or scrolling screenshot have? Quite a bit, really. You don’t have to snap several screenshots of the same item anymore. Instead, the snapshot will record the whole screen of the app or website until the scrolling point is reached. So, now that there’s a new function, let’s look at how to take standard screenshots and scrolling screenshots on Android 12.

What is the best way to take a screenshot on Android 12?

The screen will either flash a little and an audible capture sound effect will be heard every time a screenshot is captured. A notice that a screenshot has been taken will appear on certain devices. All of these pictures are then stored to a screenshots folder on your device, where they can be seen using the Google Photos app on stock Android devices and the Gallery app on OEM Android devices.

The first method is to use buttons.

The first, simplest, and most straightforward way of capturing a screenshot is to press the Power and Volume Down buttons simultaneously. You’ll hear a capture sound and see the screen flash a little when you take a screenshot this way. A screenshot captured in this manner will capture everything that is happening on the screen.

Method 2: Making Use of Shortcuts

The screenshots shortcut, which may be found under fast settings, recent applications, or gestures, is the next option for capturing a screenshot. The instructions may differ somewhat depending on the device you’re using. Method 3: Taking a Screenshot While Scrolling on Android 12

Method 4: Take a screenshot of a restricted app or website.

The four methods for taking a screenshot on an Android 12 smartphone are as follows. Other options include utilizing third-party applications or employing gestures such as drawing a letter on the screen to capture a snapshot. On Android 12 phones, you can even enable tap back to take screenshots. When you click the power button on certain phones, you can even take a screenshot. All of these capabilities are available on a number of Android OEM smartphones. Furthermore, you no longer need root access to take screenshots.

How do I take a screenshot on my android 4?

Press and hold on the power button on your device for 3 seconds.

Is there another way to screenshot on Android?

On Android, you can use the Take Screenshot option in the power menu.

What is the easiest way to screenshot on Android?

The easiest way to screenshot on Android is to use the power button. 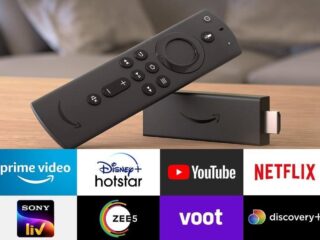 Why Does My Firestick Keep Freezing